Qur’ân: “And the believers, men and women, are protecting friends one of another; they enjoin the right and forbid the wrong, and they establish worship and they pay the poor-due, and they obey Allâh and His messenger. As for these, Allâh will have mercy on them. Lo! Allâh is mighty, wise.” (9):71

Qur’ân: “And they (women) have rights similar to those of men over them in a just manner” (2):228
Qur’ân: “Whoso does an ill deed, he will be repaid the like thereof, while whoso does right, whether male or female, and is a believer, (all) such will enter the garden, where they will be nourished without stint.” (40):40.

Bible: “Let the woman learn in silence with all subjection. But I suffer not a woman to teach, nor to usurp authority over the man, but to be in silence. For Adam was first formed, then Eve. And Adam was not deceived, but the woman being deceived was in the transgression.” (1 Timothy 2:11-14)

Bible says: “Let your women keep silence in the churches: for it is not permitted unto them to speak; but they are commanded to be under obedience as also saith the law. And if they will learn any thing, let them ask their husbands at home: for it is a shame for women to speak in the church.” (1 Corinthians 14:34)

Qur’ân: “And of His signs is this: he created for you spouses from yourselves that you might find tranquillity in them, and he ordained between you love and mercy. Lo, herein indeed are signs for folk who reflect.” (30):21

The Prophet Muhammad (pbuh) said: “The best believers are the best in conduct, and the best of you are those who are best to their wives.” (Tirmidhi) narrated by Abû Hurayrah

Bible: “A bad wife brings humiliation, downcast looks, and a wounded heart. Slack of hand and weak of knee is the man whose wife fails to make him happy. Woman is the origin of sin, and it is through her that we all die. Do not leave a leaky cistern to drip or allow a bad wife to say what she likes. If she does not accept your control, divorce her and send her away” (Ecclesiasticus 25:25).

Qur’ân: “..But consort with them in kindness, for if you hate them it may happen that you hate a thing wherein Allâh has placed much good.” (4):19

Bible: If a father / husband does not endorse his daughter’s / wife’s vows, all pledges made by her become null and void, in other words a woman cannot make any contract on her own without the permission of a husband or father: “but if her father forbids her when he hears about it, none of her vows or the pledges by which she obligated herself will stand ….Her husband may confirm or nullify any vow she makes or any sworn pledge to deny herself” (Numbers. 30:2-15)

In Islam a woman’s wealth is her own and her husband has no rights over it:
Qur’ân: “…and covet not the thing in which Allâh has made some of you excel others. Unto men a fortune from that which they have earned, and unto women a fortune from that which they have earned. (Envy not one another) but ask Allâh of his bounty. Verily! Allâh is knower of all things.” (4):32.
Bible says: “A virgin who is raped must marry her rapist (if they are “found”)- (Deut 22:28-29) “if a man happens to meet a virgin who is not pledged to be married and rapes her and they are discovered, he shall pay the girl’s father fifty shekels of silver. He must marry the girl, for he has violated her. He can never divorce her as long as he lives” Deuteronomy 22:28-30

Qur’ân: “And those who launch a charge against chaste women, and produce not four witnesses (to support their allegations) – flog them with eighty stripes; and reject their evidence ever after: for such men are wicked transgressors” (24:4)
The Bible blames Eve for the original sin: (genesis 3:12-16) “and the man (Adam) said, the woman (Eve) whom thou gavest to be with me, she gave me of the tree, and I did eat. And the Lord god said unto the woman, what is this that thou hast done? And the woman said, the serpent beguiled me, and I did eat..unto the woman He said, I will greatly multiply thy sorrow and thy conception; in sorrow thou shalt bring forth children; and thy desire shall be to thy husband, and he shall rule over thee.”

In the Qur’ân, both Adam and Eve share the blame for eating from the tree. This can be seen in the Qur’ân in such verses al-Baqarah (2):36, al-A’raf (7):22-24. They were also both forgiven by God Almighty for this sin.
Qur’ân: “O Adam dwell with your wife in the garden and enjoy as you wish but approach not this tree or you run into harm and transgression. Then satan whispered to them in order to reveal to them their shame that was hidden from them and he said: ‘your Lord only forbade you this tree lest you become angels or such beings as live forever.’ And he swore to them both that he was their sincere adviser. So by deceit he brought them to their fall: when they tasted the tree their shame became manifest to them and they began to sew together the leaves of the garden over their bodies. And their Lord called unto them: ‘did I not forbid you that tree and tell you that satan was your avowed enemy?’ They said: ‘our Lord we have wronged our own souls and if You forgive us not and bestow not upon us Your mercy, we shall certainly be lost’ ” (7:19-23).

The Bible says that giving birth to a female child makes a woman more “unclean” than if she had a male child. Leviticus 12:2-5 “Speak unto the children of Israel, saying, if a woman have conceived seed, and born a male child: then she shall be unclean seven days; according to the days of the separation for her infirmity shall she be unclean. And in the eighth day the flesh of his foreskin shall be circumcised. And she shall then continue in the blood of her purifying thirty three days; she shall touch no hallowed thing, nor come into the sanctuary, until the days of her purifying be fulfilled. But if she bear a female child, then she shall be unclean two weeks, as in her separation: and she shall continue in the blood of her purifying sixty six days.”
Ecclesiastics 7:26-28 “and I find more bitter than death the woman who is a snare, whose heart is a trap and whose hands are chains. The man who pleases God will escape her, but the sinner she will ensnare….While I was still searching but not finding, I found one upright man among a thousand but not one upright woman among them all.”

Qur’ân: “And their Lord has heard them (and he says): Verily! I suffer not the work of any worker, male or female, to be lost. You proceed one from another.” (3):195.
Qur’ân: “And whoso does good works, whether of male or female, and he (or she) is a believer, such will enter paradise and they will not be wronged the dint in a date stone.” The Noble Qur’ân, an-Nisâ (4):124.
Qur’ân: “Whosoever does right, whether male or female, and is a believer, him verily we shall quicken with good life, and We shall pay them a recompense in proportion to the best of what they used to do.” (16):97.

Bible says that a woman must cover her head as a sign of man’s authority over her:
“And every woman who prays or prophesies with her head uncovered dishonours her head – it is just as though her head were shaved. If a woman does not cover her head, she should have her hair cut off; and if it is a disgrace for a woman to have her hair cut off or shaved off, she should cover her head. A man ought not to cover his head, since he is the image and glory of God; but the woman is the glory of man. For man did not come from woman, but woman from man; neither was man created for woman, but woman for man. For this reason, and because of the angels, the woman ought to have a sign of authority on her head” (1 Corinthians 11:3-10).

Bible: 1 corinthians 11:5-10: “But every woman that prayeth or prophesieth with her head uncovered dishonoureth her head.”
Bible: 1 corinthians 11:13: “Judge in yourselves: is it comely that a woman pray unto god (with her head) uncovered?”
The Qur’ân teaches that a woman must be covered out of modesty and to protect her from harassment:
Qur’ân: “Say to the believing men that they should lower their gaze and guard their modesty……And say to the believing women that they should lower their gaze and guard their modesty; that they should not display their beauty and ornaments except what ordinarily appear thereof; that they should draw their veils over their bosoms….” (24:30,31). 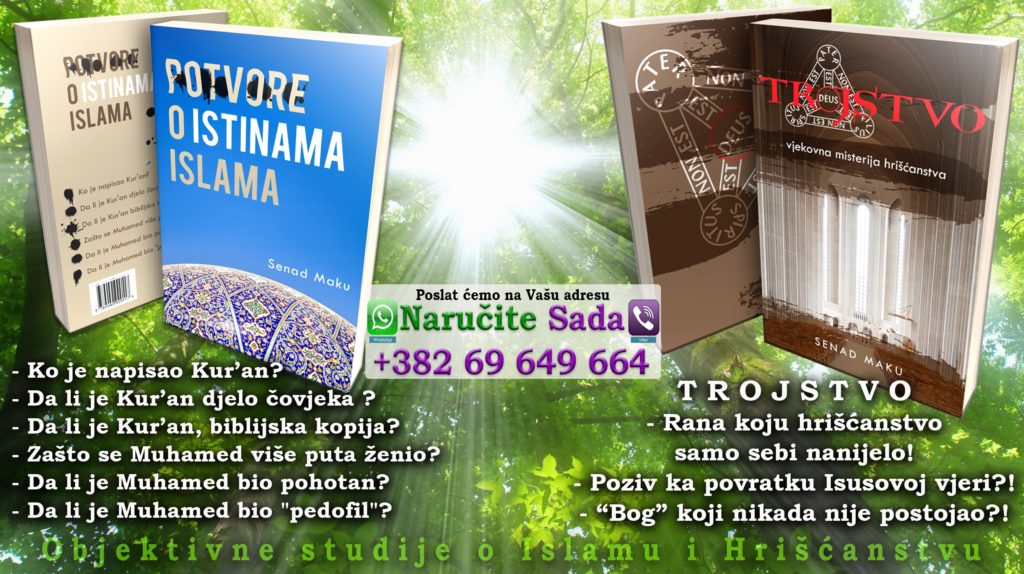 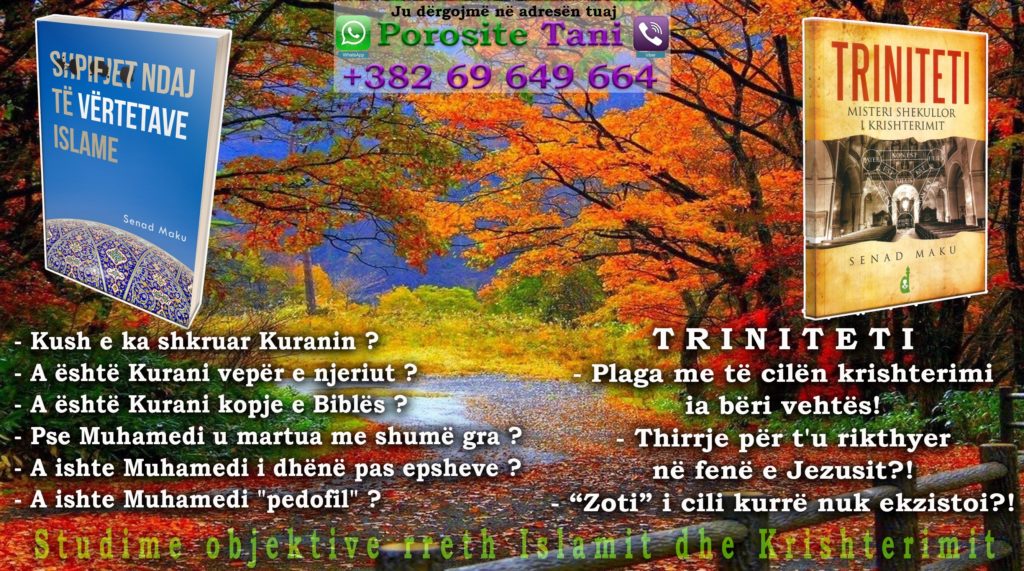